We, SPH AG, are an IT solutions provider based in Stuttgart. The key pillars of our business strategy are innovative strength and customer-orientation. Since 1975, we have provided our customers in the fashion, retail and mail order industry with individual, high-quality solutions to optimize IT processes and system landscapes.

We support your company during the digital transformation – from strategy to implementation to daily operation. For many years, our experienced consultants and system architects have been working on improving and digitalising all business processes and business sectors regarding bimodal IT (traditional and agile IT processes).
With our industry solutions IN:FASHION and IN:OMNICHANNEL we are able to display your business processes along the value chain in no time.

We take care of project management and implementation including the smooth running of your systems and platforms. Our ambition is maximum competence, reliability and quality with measurable success and direct contribution to added value and competitive advantage for our customers.

Excellence is an essential pillar of our corporate philosophy. We strive for excellence in everything we do. This ambition is reflected in our six core values which are firmly anchored in our corporate culture. For us, excellence means to continuously focus on the requirements of our customers and staff members. 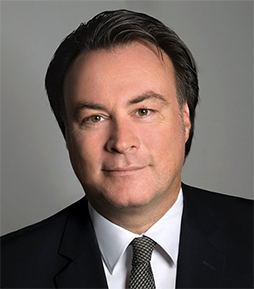 CHAIRMAN OF THE MANAGEMENT BOARD / CEO
AND SHAREHOLDER

Chairman of the board since 1 December 2015
Areas of responsibility Consulting, Sales/Marketing, Finance/Human Resources, IBM i-Services

Detlef Beiter, Diplom-Betriebswirt (graduate in business administration), has been chairman of the board and shareholder of SPH AG since the end of 2015. Before joining SPH AG, he worked for the international IT service provider Atos Origin. As a member of the executive board of Atos Origin Central Europe, he was responsible for Sales and Key Account Management. Subsequently, in his role as Managing Director, he was responsible for the German business of GFT AG. In his position as chairman of the board of ICT AG, Detlef Beiter established the company as the leading supplier of IT and media technology in Europe and developed the international business with large-scale projects. Most recently, he worked as CSO for Mackevision Medien Design GmbH in Stuttgart and excelled in achieving a strong increase in global business. 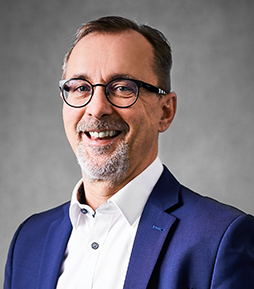 MEMBER OF THE BOARD / CTO
AND SHAREHOLDER

Member of the board since 1 December 2014
Area of responsibility Software Development, Service & Support, Address Management, IT

Stefan Lerchenmüller, Diplom-Wirtschaftsingenieur (graduate in industrial engineering), has been a member of the board of SPH AG since 1 December 2014. Before that, he was already working for the company as CTO. Stefan Lerchenmüller successfully completed his studies in industrial engineering and management at the University of Karlsruhe with a diploma. Before joining SPH AG, Stefan Lerchenmüller worked from 1992 to 2001 for bowi GmbH, a leading manufacturer of CRM systems. In his role as managing director, he was responsible for the Development Division. From 2002 to 2010, he worked as Head of Software Development for SPH AG and was responsible for the development of the ERP software SPH-Direct. Between 2010 and 2013, Stefan Lerchenmüller was Director of Software Development EMEA, for Frontrange Solution, a world-leading supplier of DSM/SAM. He was in charge of the entire development for Europe and played a key role in the company’s strategic realignment and turnover increase. 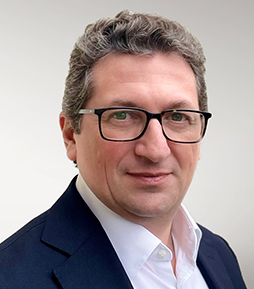 Since 1 February 2021, Eduard Vinokurov has been CCO of SPH AG. As a member of the management board, he is responsible for the Consulting Business area. Vinokurov is Diplom-Mathematiker (graduate in mathematics). In addition, he studied medical informatics in Heidelberg. He has long-time experience and in-depth expertise in the fields of digitalisation, e-commerce and omnichannel. For 13 years, he worked for diconium GmbH and, among other posts, he held the position of Director Business Development. Before joining SPH AG, he was head of Zeitfracht digital at Zeitfracht GmbH for seven years. He was responsible for e-commerce and digital business and worked with topics around AI and Big Data. 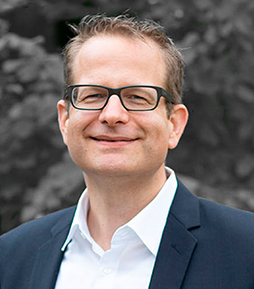 Since 1 May 2020, Oliver Schumacher has been CFO of SPH AG. As a member of the management board, he is responsible for the financial department with the areas Finance, Controlling and HR. He reports to the CEO. Schumacher is Diplom-Betriebswirt (FH) (graduate in business administration) and has built up extensive expertise in leading positions of renowned companies in the finance sector. These include the Hewlett Packard subsidiary CoCreate Software GmbH, PTC Parametric Technology GmbH and the drugstore chain Müller Service Ltd. & Co. KG. 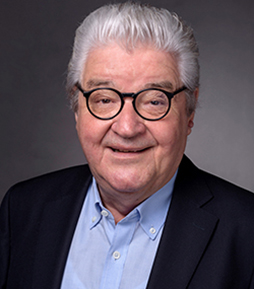 CHAIRMAN OF THE SUPERVISORY BOARD
AND SHAREHOLDER 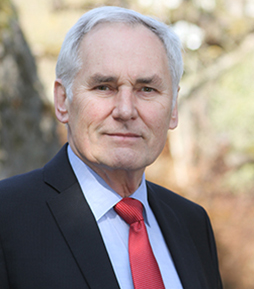 Peter Hartmann wanted to become an architect after successfully having passed his Abitur (university entry exam) in 1968. But many others wanted to become architects, and so he looked for something else - he discovered a young industry in its early days and learnt programming. An IBM 360 computer system marked the beginnings of SPH AG with Peter Hartmann as its founder. After his education at a private school in Munich and his business management studies in Stuttgart, he worked for several years on database projects in the field of text analysis and financial accounting for a technology group. In 1975 he took over a data processing service centre and started his own business, while in the same year, Bill Gates and Paul Allen founded Microsoft in the USA. At the beginning of the 1980s, SPH AG entered the mail-order industry via a client company and has been active in the industry-specific challenges and requirements of E-commerce to this day.
SPH AG can look back on more than 40 years of an eventful company history, and Peter Hartmann knows all the ups and downs. His key to success and stability is a forward-looking investment policy and continuous adaptation to technological changes in the IT industry. Peter Hartmann is main shareholder of SPH AG and, together with his two colleagues on the supervisory board, advises the managing board. 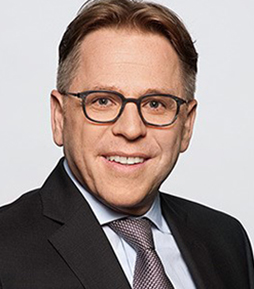 VICE CHAIRMAN OF THE
SUPERVISORY BOARD

Dr. Thomas Frohnmayer is a lawyer and partner at the law firm Hennerkes, Kirchdörfer & Lorz who specialise in conceptional consulting of family businesses. His main focus of activity is on succession planning, restructuring, corporate transactions, corporate financing and foundation solutions. In addition, Dr. Frohnmayer is a member of supervisory boards and advisory councils for several companies.

In 2009, SPH AG has been awarded with the Gold Partner status which is the highest level of the Microsoft partner program. This status has to be achieved continuously with outstanding performance and maximum competence. In 2019, this level has again been confirmed and we are very pleased about the renewed award.

As a Cloud Solution Provider (CSP), we ensure the availability of our customers’ IT solutions in the cloud. This service model entitles us to handle all Microsoft Cloud Service transactions directly with our customers: procurement, administration, implementation, support and financial settlement. This makes us the first and sole contact for all our customers’ needs and interests.

The Initiative Mittelstand (business initiative for medium-sized companies) awarded the INNOVATION PRIZE IT 2018 for particularly innovative IT solutions that make medium-sized companies fit for a successful digital future.
A panel of experts awarded SPH AG and IN:FASHION the title “BEST OF 2018” in the category “industry software”.